In the outskirts of Kolkata, with a drive of about an hour and a half, there exists a small university with a wide vision. Seeing the culture and scope of robotics grow, they want to start a club of their own. We, fortunately, were the one’s to help them take their first step in the direction.

The enthusiasm, or as we call it, the tempo of the students there is definitely worth a mention. We successfully saw the determination and interest of the students in the field and also to mentor such a great lot was quite an experience.

Still a believer in Murphy’s law, I’d say we kicked it in the chin, because no workshop could have gone this smooth.

We received an excellent welcome as soon as we reached Kolkata. We were taken to their campus by a few undergraduate students of the university. The next morning we got to the auditorium. The workshop started around 10:30, after a few word by a few people which multiplied together gets pretty tiring pretty quick, but in this case, did not.

It was unusual to see so many dignitaries of the college, including the dean, the Chancellor, the Vice Chancellor and few other office holders have a common college as ours’. They were either the alumni or ex-profs who retired a couple of years ago.

We finally began the day-1 of a 2 day workshop by teaching basic drive mechanisms and other manual robotics stuff as lifting picking and placing mechanisms. We then came to the next part of the workshop, which was about basic electrical stuff that is most commonly used. Switches, relays and control box were the menu. These were taught in detail till we were sure everyone was along. 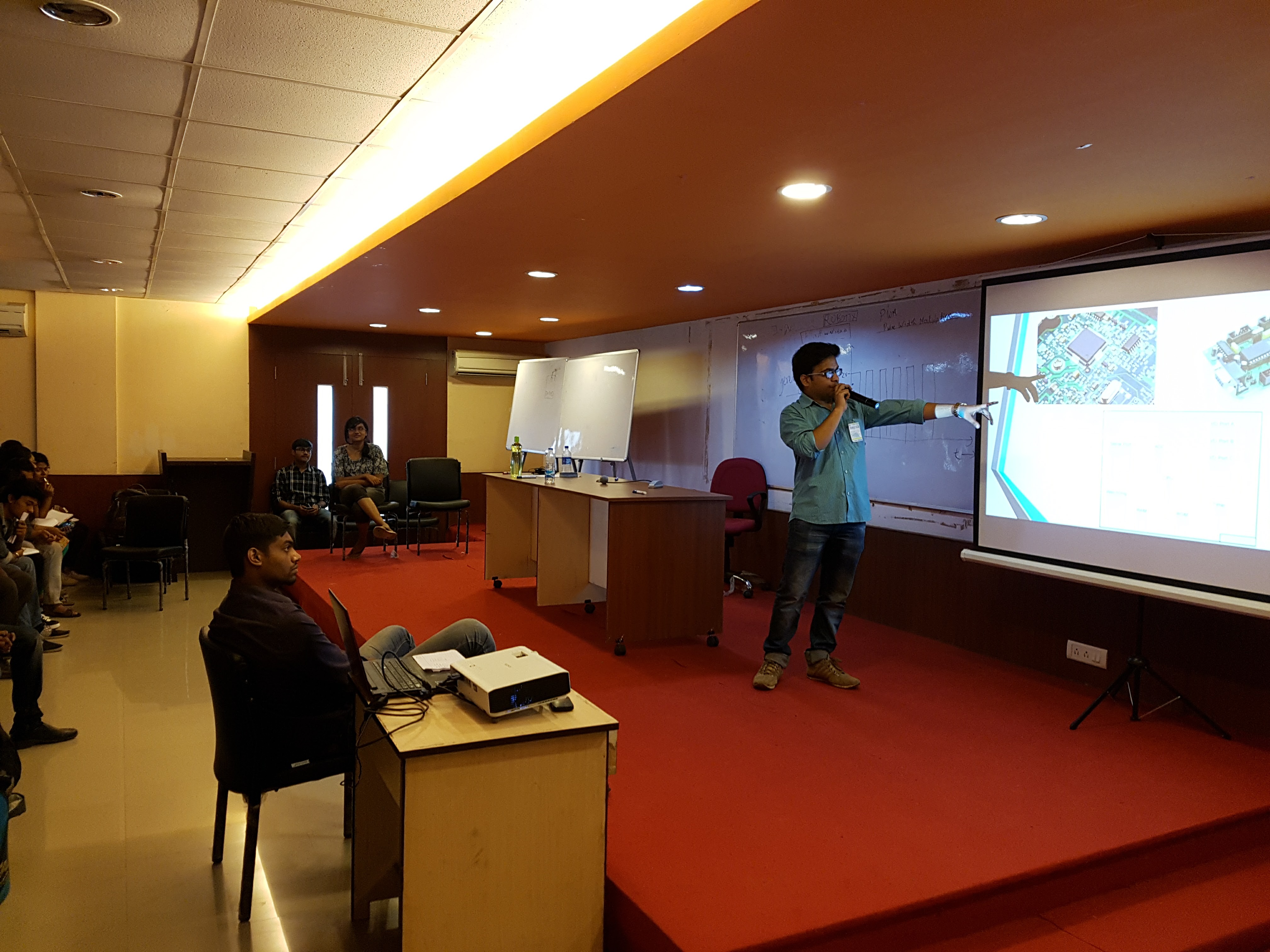 In the evening session, we demonstrated a bot that we specifically made for the purpose. A stair climbing bot, using the skid steer drive and a manual control box.

And finally before ending the day’s session, all the students were called in groups to physically see what we learned all day. The bot was placed open and students in a good number personally clarified all the doubts and questions they had in mind. A little demonstration to soldering was also in order at the same time.

Day-2 of the workshop was dedicated to autonomous robotics. This day saw the better of students, as a greater number of students were actively participating in the mentor-mentee conversation. They were now able to see where all was going and seemed to enjoy when things started connecting. 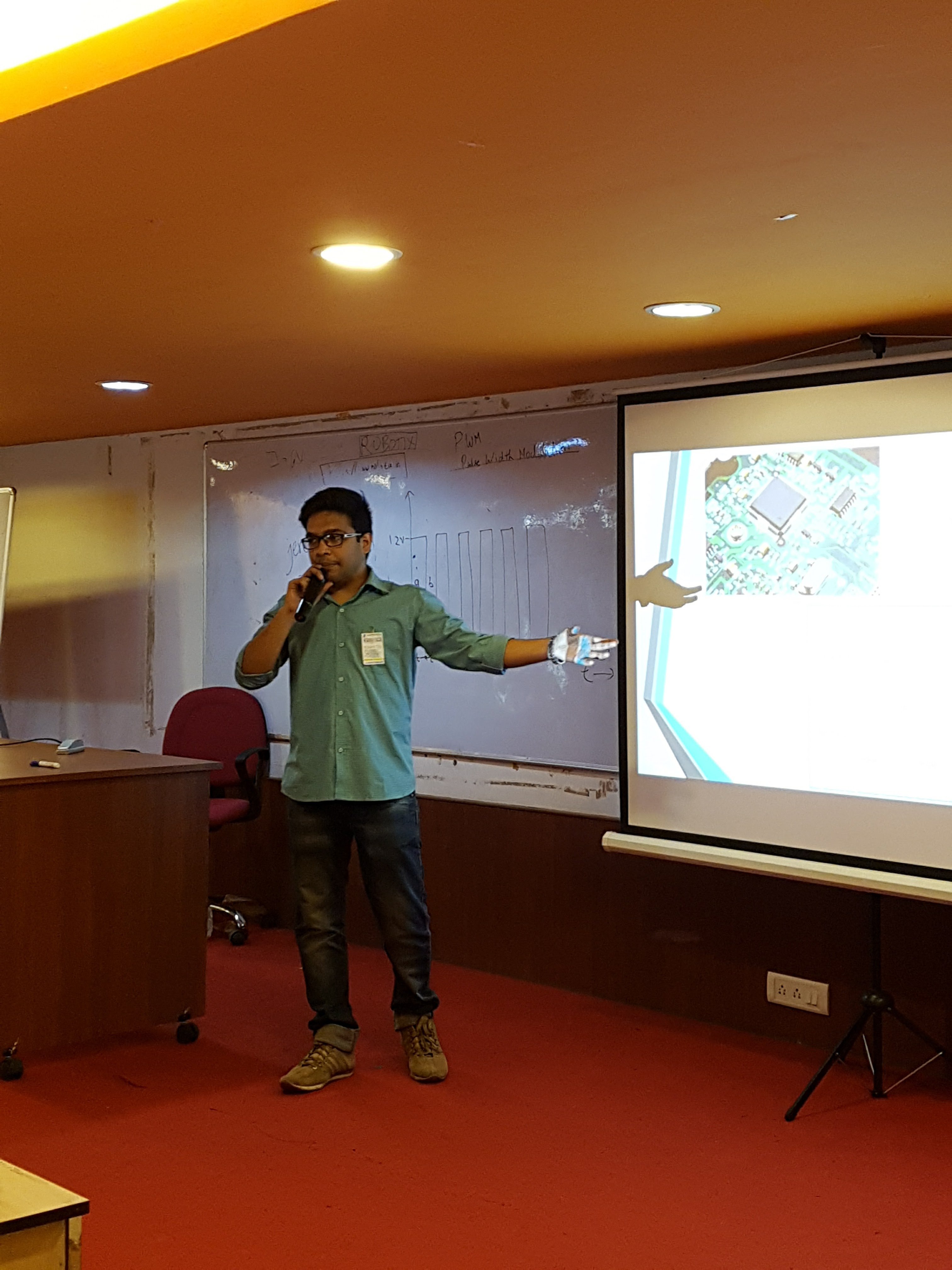 We started with the basic flowchart of how an autonomous robot works, the sensors, and the various suggested drives, the different types of motors etc. The workshop carried on as we discussed microprocessors, micro controllers and their basic parts. In the next session, we discussed about the different sensors, how they are used, when they are used and the tasks that can be done using those.

Motor drivers, different other voltage and current regulators and their purpose, PWM etc were taught about. Later we gave the basic Arduino coding tutorial, with a sample code that we used. That was followed by the demonstration of another bot which was a gesture-controlled bot. People really took a liking to it and looked eager to make one. It was beautiful.

Towards the end of day-2 they were taught the basics of timers and interrupts. And finally the implementation of robotics in various research projects, here at IIT Kharagpur through Youtube videos gave people something to look forward to. 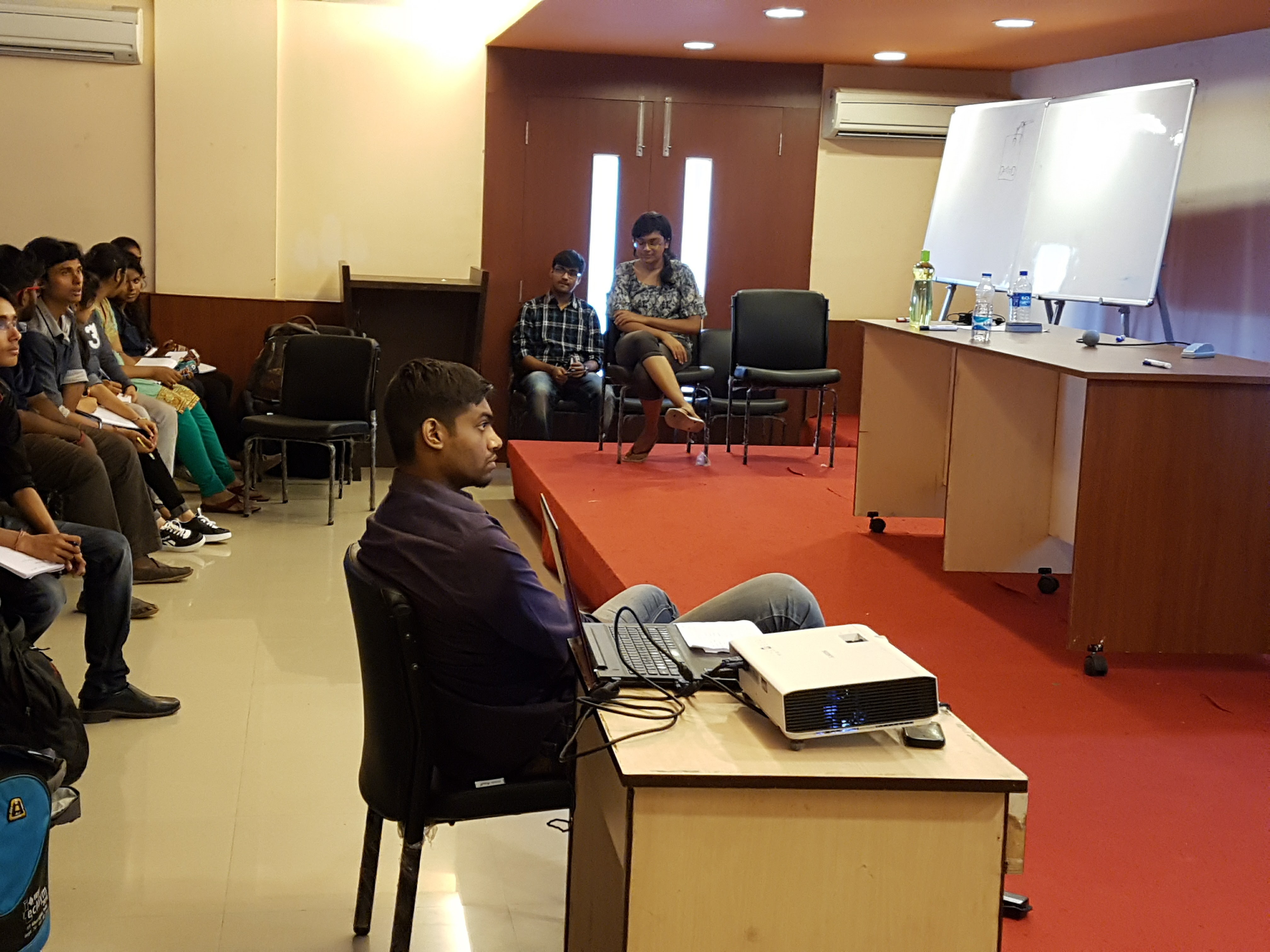 The workshop ended with one and a half hour lecture on image processing. What it is and where are its implications. Finally, it was followed by a photo session to capture the beautiful memories that we made in just a couple of days.

To sum up, the overall experience of the workshop was indescribable. Bonding with so many people over such a small span, teaching someone what they really wanted to learn and dealing with a such an enthusiastic lot who truly appreciate your input was beyond expressing. We wish them luck for excelling in the field and feel deeply honored to be a part of such a great initiative.

May the bots be with you!