A week after the mid-semester examinations concluded, I had one big task at hand. The student-run society and robotics hobby-maker group at IIT Kharagpur, Technology Robotix Society, conducts technical workshops across the country to spread the culture of robotics; and this time, I, along with one of my co-subheads Shivang Agrawal was supposed to spearhead it. The workshop was organized at Bennett University, Noida. Needless to say, the two-day workshop was quite an experience and it’s difficult to put down everything in a blog post.

An early morning flight from Kolkata took us to New Delhi. Although being on a nightout(we had to leave at midnight from Kharagpur to reach the airport in time), none of us was drowsy because of the excitement of conducting the workshop. Of course, we had conducted workshops before, but never this far from Kharagpur. From the moment after entering the academic area, we couldn’t help noticing the wonderful infrastructure the university had developed within the first couple of years of its inception. It looked anything but modern, compared to the 65 year old KGP campus. And a lot. We knew that that the Vice Chancellor of the university is a KGP alumnus. Dr. Yaj Medury, a KGP alum from the batch of ‘76 is a way too amiable person. And he lived in Nehru Hall of Residence(the same hall that I live in right now). After a small chat with him about his past days at IIT Kharagpur, we left the office with a little more than double the tempo we walked in with. 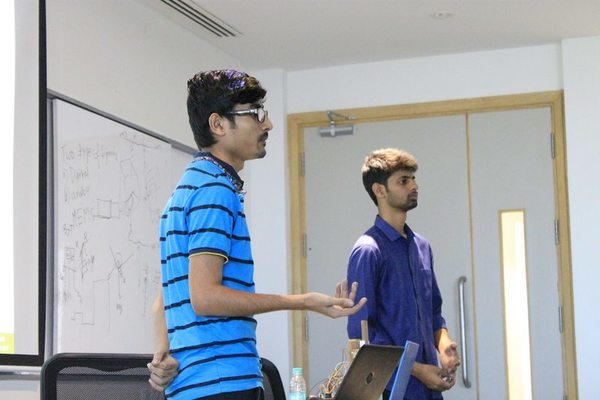 We started the workshop by introducing the junta to the basic concepts of robotics. Following are some of the topics we covered throughout the day: 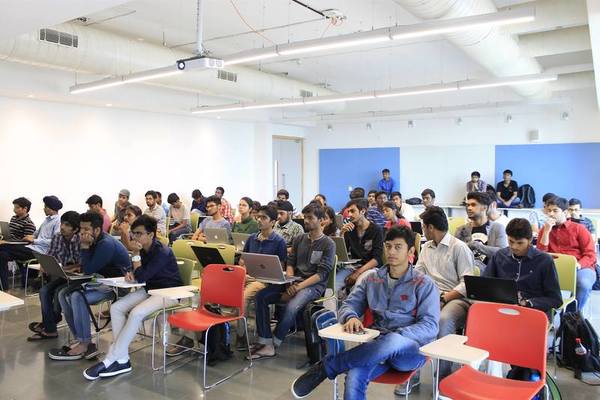 The crowd seemed quite interested and some of them asked pretty great questions. To keep up the tempo, we demonstrated a semi-autonomous weight detecting robot controlled by an android app. Although due to time constraints, we could not dive into the depths of research-oriented robotics, we did show them videos of various international robotics competitions including IARC and Robocup.

After a good night’s sleep, we started early noon with the revision of the concepts of day one. In the flow, I also went on to teach them about other micro-controllers like ATmega and the concept of registers. Post lunch, we started with the final part of the workshop - the hands-on session. 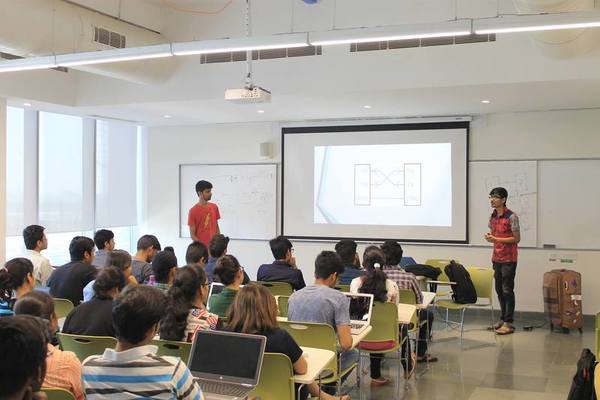 The problem statement was to make a lane follower robot. The junta was divided into 6 groups and every group got the components for making their first robot. And then it began - the debugging session. After hours of debugging and a short break for the demonstration of the gesture controlled robot, the first team was ready to test the code. And of course, the bot went around running like a maniac. I could not help but remember when I made my first robot and it did not run at all. Another hour of debugging and we witnessed the first bot complete its run. And then the rest followed. Five out of the six teams completed their robots. The sixth one? Well, I would have been really surprised if no Arduino burned up! 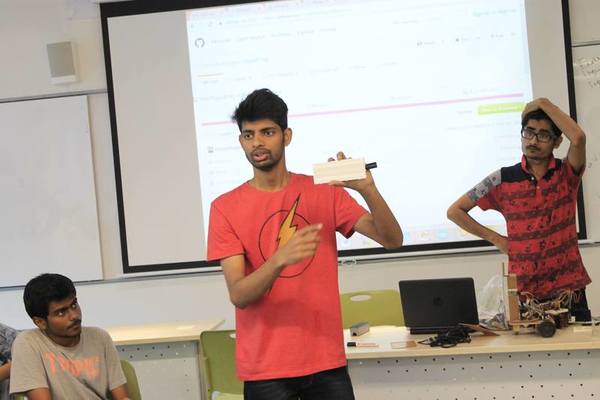 A mandatory group picture, and the workshop was concluded. We were supposed to leave next morning and were advised against leaving the campus before the same because of the not-so-amiable locality. But we insisted, and were escorted to the city by four people(one of them was carrying a shotgun). We ended up at IIT Delhi, hoping to get in time for one of Tryst’s megashows. But unlike KGP, IITD doesn’t have very much of a night life, so all we could do was watch a movie sitting at a friend’s room in Jwalamukhi Hall. 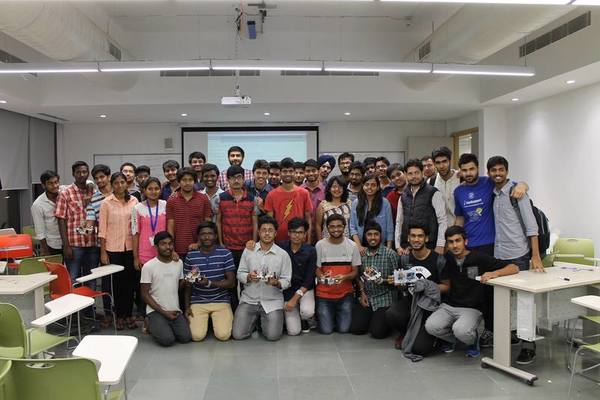 The workshop is hitherto one of the best experiences I have had in my college life. From the conduction of the workshop to the very mess food, everything was just as perfect as perfect gets. I really wish the next workshop is longer than two days. 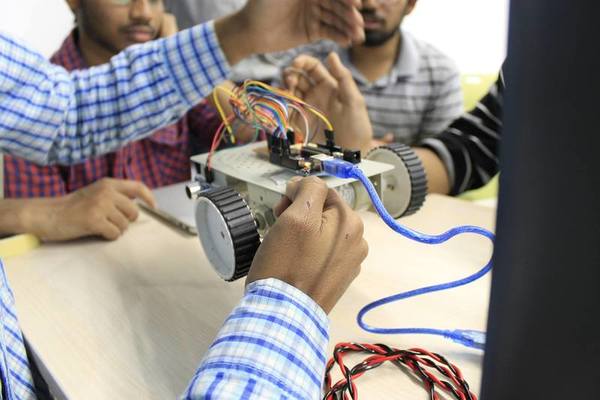