The Rocker-Bogie design has no springs and stub axles for each wheel, allowing the rover to climb over obstacles, such as rocks, that are up to twice the wheel’s diameter in size while keeping all six wheels on the ground. As with any suspension system, the tilt stability is limited by the height of the center of gravity. Systems using springs tend to tip more easily as the loaded side yields. The system is designed to be used at slow speeds of around 10 cm/s, so as to minimize dynamic shocks and consequential damage to the vehicle when surmounting sizable obstacles.

The Rocker-Bogie system has been the suspension arrangement used in the Mars rovers. It is currently NASA’s favored design.

The term “rocker” comes from the rocking aspect of the larger links on each side of the suspension system. These rockers are connected to each other and the vehicle chassis through a differential. Relative to the chassis, when one rocker goes up, the other goes down. The chassis maintains the average pitch angle of both rockers. One end of a rocker is fitted with a drive wheel and the other end is pivoted to a bogie.

The term “bogie” refers to the links that have a drive wheel at each end.

Robots using rocker bogie mechanism make use of a suspension mechanism that consists of several rigid elements connected through joints of a certain number of degrees of freedom (DoF) resulting in a structure that has one system DoF. This enables them to move along uneven terrain without losing contact with the ground. Following table represents 3 such possible joints:

The suspension has 6 wheels with symmetric structure for both sides.Each side has 3 wheels which are connected to each other with two links. The main linkage called rocker has 2 joints. while first joint connected to front wheel, another joint assembled to another linkage called bogie, which is  similar to train wagon suspension member.

As with any suspension system, the tilt stability is limited by the height of the center of gravity.

**Well another interesting mechanism is the ‘Inflatable Rover’: **

Another alternative to move on a harsh environment is to have big wheels. If a rover has large wheels compared to obstacles, it can easily operate over most of the Martian rocky surface. Inflatable rover has 3 wheels which are driven by motors. 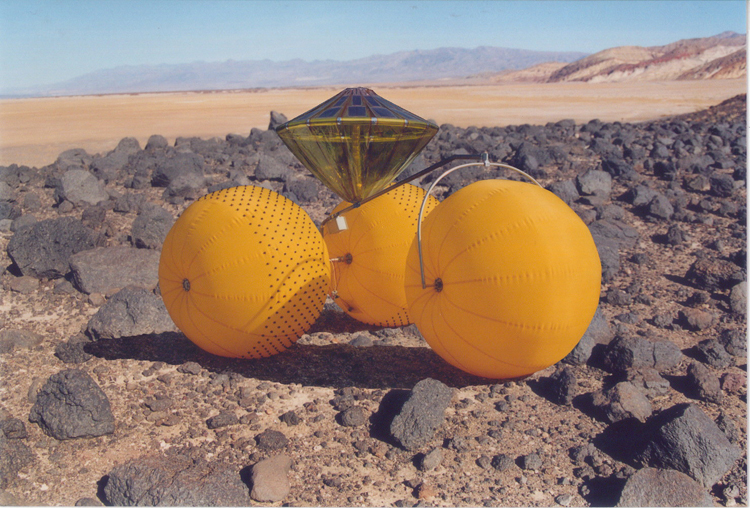 Robot could be able to travel approximately 30 km per hour on Mars surface by its 100-watt power.

Below mentioned is the best dimension ratio for the Rocker Bogie mechanism to be the most effective in its use. 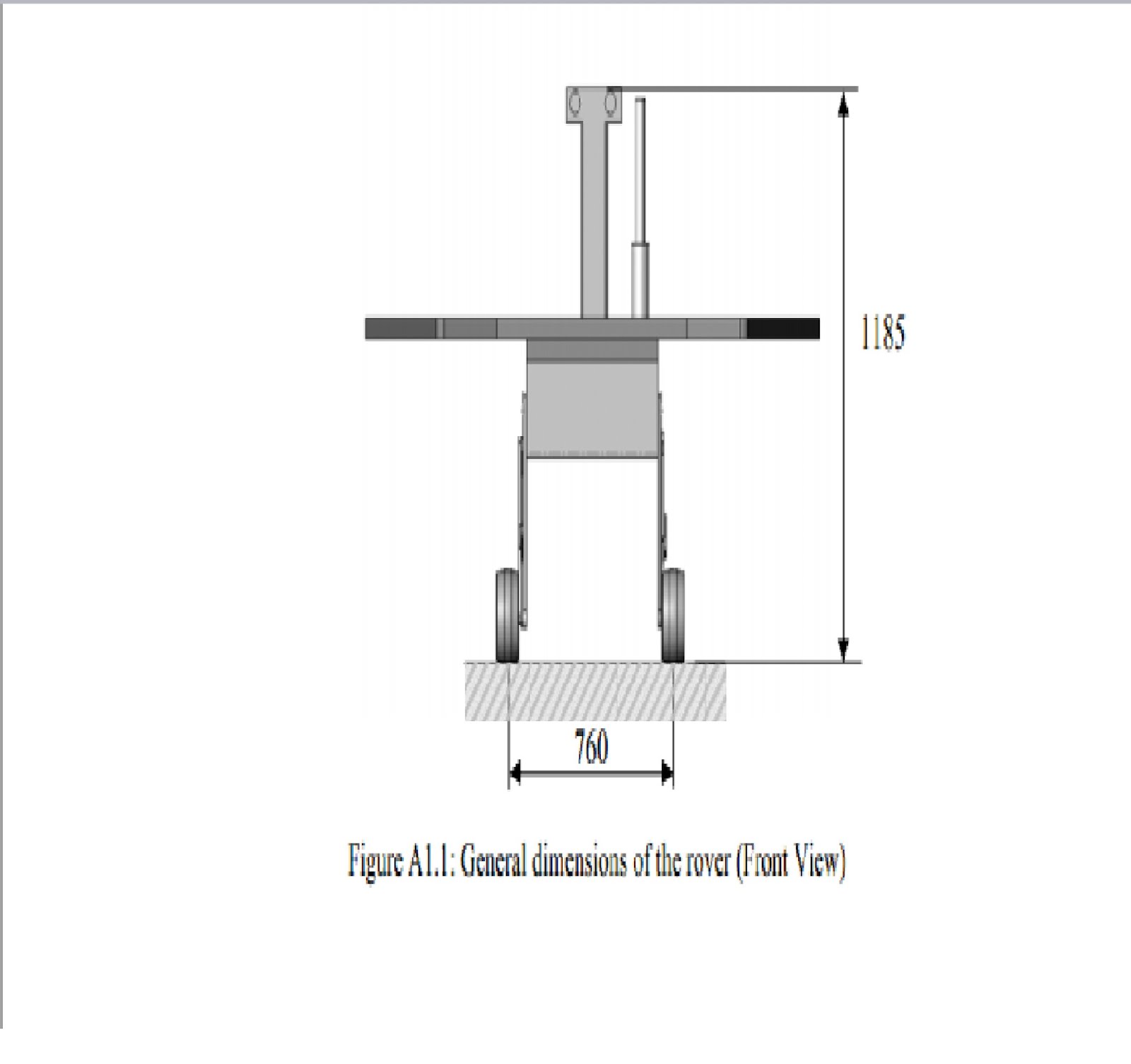 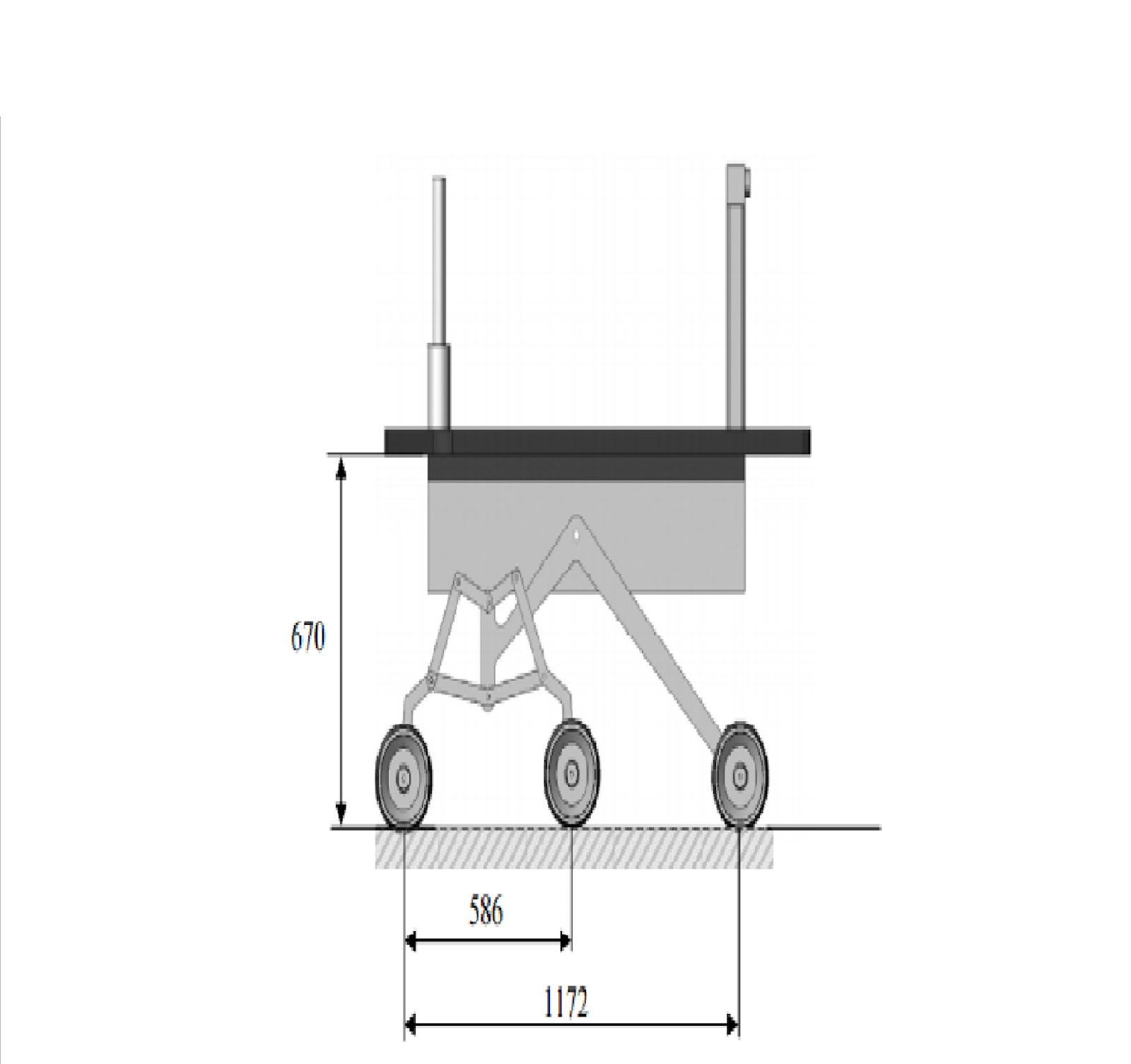