When a person walks or runs, each footstep sends a sizable jolt through the body. For the most part, you don’t register these shocks visually, because the brain automatically adjusts the information coming from the eyes; it smoothes out the disorienting motion when forming the visual image that the conscious mind is actually aware of.
Balancing is an essential requirement not only of our body but also in various activities like photography, transport , construction and various other fields. Out of these many requirements, photography required higher precision balancing and control. This lead to the rise of a new technology which we today know by different names as:

1.Balancing any unnecessary torque on the system.

2.Minimizing any kinds of shocks received from the external system.

For any system in space, the foremost reason for it to get unbalanced are the several unbalanced torques at at some point due to the weight of the system. If we somehow balance these torques, we will finally have a completely balanced system.
The remedy to the same is -
1.Cancelling the torque due to the weight of the load, by several counterweights.
2.Realizing a point on the system where the anti-torques get correctly balanced.

If we achieve the above appropriately, we obtained a system that is perfectly balanced and is even immune to external shocks.

The two videos below, through the example of a camera, a stand and few counter weights help us to understand, how a proper match of the above three can help us in achieving a purely balanced system-

We observe from the above videos, that the controller has just balanced the different weights and the torques by a combination of the load and the counterweights. Also, the counterweights at the bottom keep the system steady, imparting the desired vertical orientation to our system.

The same is depicted below- 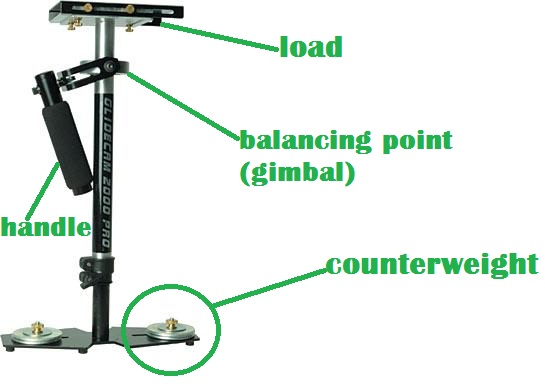 To overcome the same-
1.Handle design- The handle may be of any types but the science of balancing revolves around the way it is attached to the system. For the system to be in free motion, the attachment of the handle has to be such that it supports the weight of the system, but poses no hindrance to the free motion of the system. A solution to the same is allowing free rotational motions in all directions at the point of attachment. This arrangement is known as the gimbal.

A gimbal is a pivoted support that allows the rotation of an object about a single axis. A set of two gimbals, one mounted on the other with pivot axes orthogonal, may be used to allow an object mounted on the innermost gimbal to remain immobile (i.e., vertical in the animation) regardless of the motion of its support.

The above video shows a simple homemade gimbal, where the controller is showing the working by moving the central part. We observe that irrespective to the moving part, the external part remains constant in its position but still the system remains together.

A simpler construction of the gimbal is shown below: 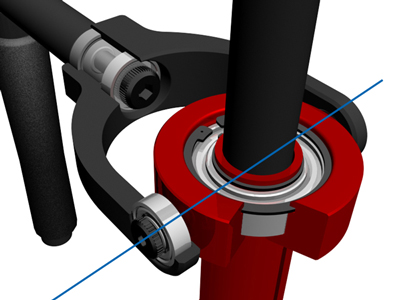 The above works as follows:

After over-coming the the problem associated with the handle, the next and the final objective is reducing the shocks from outside on the system.

The way out to the same is isolating the system from the exterior surroundings while keeping it still attached. This can be achieved through a simple mechanical arm that connects the body to balanced system as shown below: 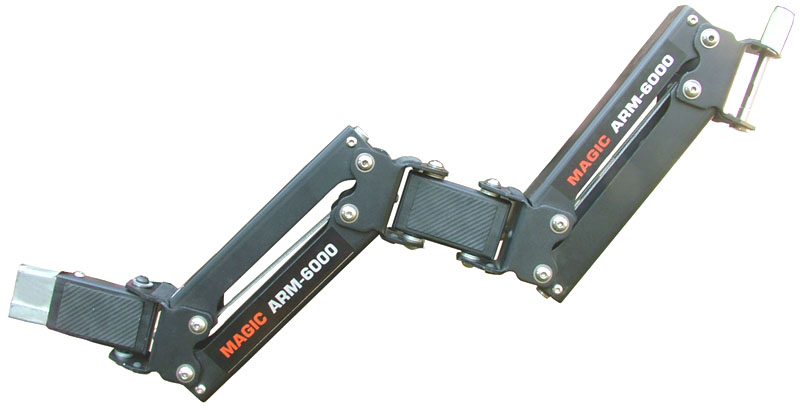 The above arm may look a bit complex but its construction and working are pretty simple.

1. The arm is a lot like a spring-loaded swing-arm lamp.

2. It consists of two arm segments, connected together with a pivoting hinge. Each arm segment is a sort of parallelogram: It is made up of two metal bars, fastened to two metal end blocks.

3. Just as with any parallelogram, the metal bars will remain parallel with each other (or nearly parallel) no matter how the arm is positioned. Since the end blocks are secured to the ends of the parallel bars, they will remain in the same position as the arm swings up and down, as shown below:

The above working is depicted in the video below-

With the above we obtained a completely balanced system that is now immune even to the external vibrations no matter how frequent or hard they are.
Assembled properly, every part balances the load well and we obtain a system balanced to almost every bump or shock.

All In One Mechanism

However, all the above mechanisms can be summed up in one single mechanism, giving a much simpler solution to our problem. This mechanism basically involves merging up both the Gimbal and the mechanical spring arm into one. through an arrangement of springs and free rotation discs and counterweights. What we obtain in return is something depicted in the pic below: 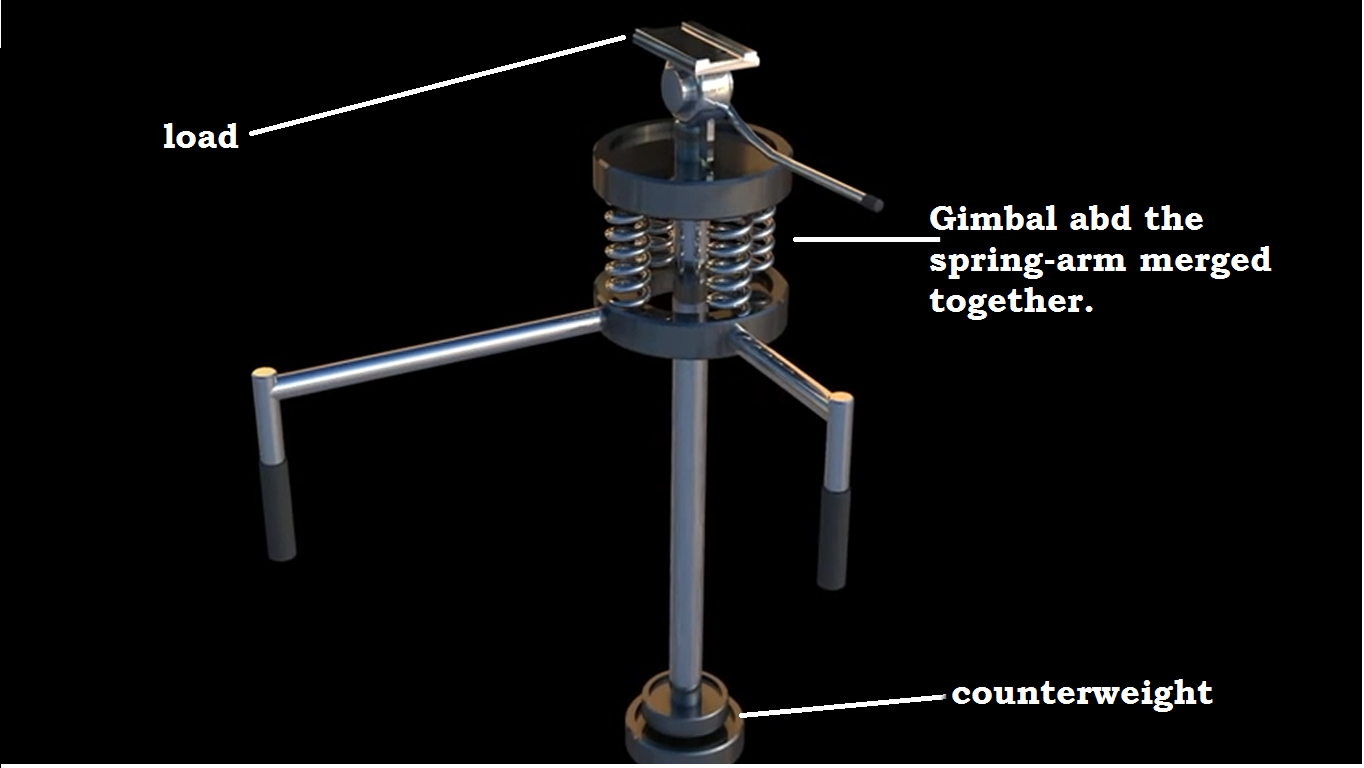 The working of the above mechanism and how it balances the weight keeping its position constant is depicted in the video below.(The later part of the video shows some arrangements so that it fits onto a human body so as to balance and mount a cam, but this part holds no relevance in our regard, except giving us an idea to frame a frame for our supporting bot.)  We get a much simpler approach to our problem with the same.
http://www.youtube.com/watch?v=p-FkVgrqfZo

Well here is the tutorial for making your very own glidecam right from scratch: http://www.yb2normal.com/DIYsteadicam.html